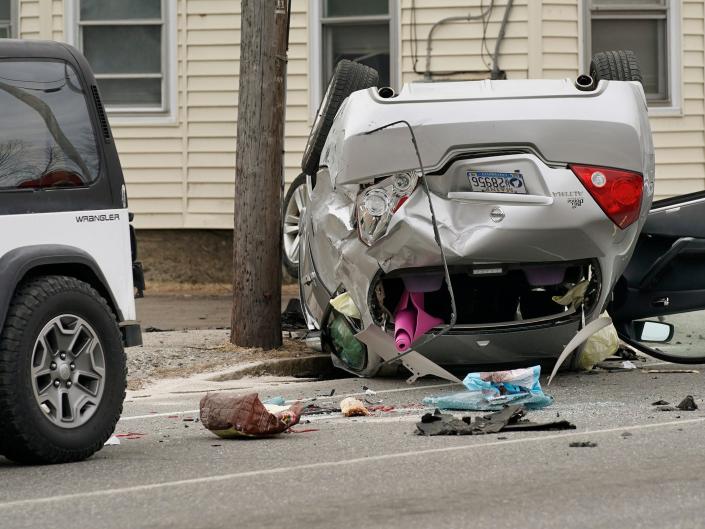 Viral “Kia Challenge” videos posted to TikTok and YouTube have led to an increase in car thefts around the country as the instructional videos share the steps of how to steal a car using only a USB charging cord.

The videos, posted online by accounts including 414HypeHouse, show car thieves targeting unlocked Kia and Hyundai vehicles, removing the under-column cowl near the steering wheel and using a USB cord to start the stolen cars. Some videos show the thieves — called “Kia Boys” — riding around in the stolen cars and crashing or dumping them.

In Milwaukee, Wisconsin, where the trend appears to have begun, thefts of Hyundai and Kia models account for 66% of car thefts, Carbuzz reported, which have grown by 2,500 percent compared to last year.

The police department in St. Petersberg, Florida, also said it “is seeing an unusual trend” regarding car thefts related to the social media posts.

“Since July 11th, 23 out of 56 stolen cars have been Kia/Hyundais models 2021 and older, that use keys to start,” the police department posted on Twitter. “Anyone with a KIA/Hyundai that uses a key, please #lockitup.”

Similarly, Kias and Hyundais are being targeted in Arlington, Texas, and Cincinnati, Ohio. Kia models from 2011 to 2012 and Hyundai models from 2015 to 2021 are being targeted due to a “vulnerability” that allows them to be started once the steering column is broken, Sgt. Cody Lance, who investigates auto thefts for the St. Petersburg Police Department, told the Tampa Bay Times.

The incidents have turned dangerous on several occasions across the country, with suspects and bystanders being seriously injured or killed following unsafe driving and crashes related to the thefts.

In statements sent to USA TODAY, both Kia and Hyundai noted they are aware of the thefts and that all of their vehicles “meet or exceed” Federal Motor Vehicle Safety Standards.

Representatives for Kia and Hyundai did not immediately respond to Insider’s requests for comment.