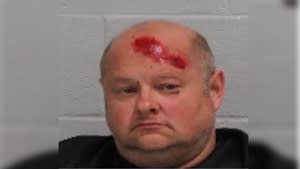 Carrolton police say a University of West Georgia professor faces murder charges in connection to the death of an 18-year-old student on Saturday morning.

Police said at 12:27 a.m., they were called out to Tanner Medical Center about a person suffering a gunshot wound.

Callers said the shooting happened off Adamson Square in the courthouse parking deck.

Police said Richard Sigman, a professor at University of West Georgia, got into a verbal altercation with another man at Leopoldo’s. The man told security that Sigman threatened to shoot him.

When security approached Sigman, they saw a weapon and told him to leave. Sigman left, walked toward the parking deck and started shooting into a parked vehicle. That’s when the victim, Anna Jones, was struck by a bullet.

Her friends drove her to the hospital where she was pronounced dead.

The university fired Sigman and released a statement on Saturday afternoon.

“The University of West Georgia has learned of the loss of one of its students, Anna Jones, who passed away following an off-campus incident earlier today. UWG has terminated the employment of Richard Sigman and continues to work with the city of Carrollton Police Department, which leads this ongoing investigation. On behalf of the university, we wish to convey our deepest condolences to Anna’s family and many friends,” UWG President Dr. Brendan Kelly said. “We know this news is difficult to process and affects many members of our university community. We ask that you keep Anna’s family, friends, and all who have been touched by this tragedy in your thoughts during this tremendously difficult time.”

Caitlyn Glosson is a nursing student at the University of West Georgia, she said she can’t believe what happened.

“I was shocked,” said Glosson. “I didn’t think that a professor from West Georgia would do that.”

Police said Sigman is charged with murder, three counts of aggravated assault and possession of a firearm during the commission of a crime.

The university said they are working with police in the ongoing investigation.

Police clarified that the suspect’s injury shown in the photo are not from police. He had the injury when he was located.

Anyone with information regarding the case is encouraged to contact Carrollton Police Department at 770-834-4451.