Kylie Jenner Claps Back Amid Allegations of Unsafe Business Practices 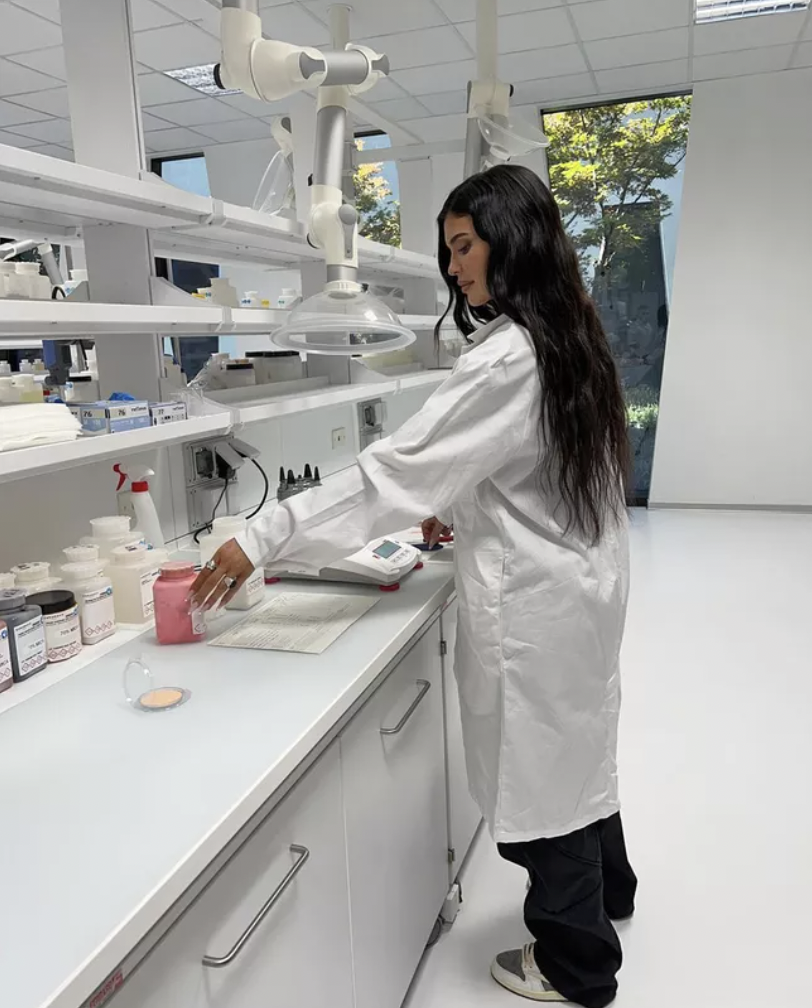 Kylie Jenner is much more than just a reality star and Instagram influencer.

Those jobs can be mighty lucrative, but Kylie didn’t become a billionaire by posting sponsored content and popping up on Hulu from time to time.

(For the time being, we’ll skip the debate over whether or not Kylie is actually a billionaire.)

No, Kylie made her fortune primarily as a cosmetics mogul — so you can be sure that she’s taking the latest controversy over working conditions in her labs very seriously.

The trouble began when Kylie posted a video on TikTok and Instagram that showed her examining beakers and mixers in the lab where her cosmetics are manufactured.

“In the lab creating new magic for you guys [heart emojis] better than ever,” she captioned the posts.

“OK, so we are in Milan for 24 hours to visit all of the makeup factories to check on new Kylie Cosmetics stuff coming [out] that I am very excited about,” she elaborated in a video posted to TikTok.

“I wanted to take you guys along with me.”

Needless to say, it’s the sort of content that seems like it would spark a minor scandal.

But commenters were quick to point out that Kylie should have been wearing protective gear like gloves, a mask, and a hairnet.

The situation really got messy when makeup artist Kevin James Bennett devoted an entire post to Kylie’s allegedly unsafe practices in the lab.

“I’m a cosmetic developer and work with cosmetic manufacturers (and their labs) as part of my job,” Bennett wrote on Instagram.

“I have very short hair, and I’ve NEVER been allowed into the lab or onto the manufacturing floor without a hair net, shoe covers, mask … and disposable GLOVES,” he continued.

“I’d like to know what ignorant manufacturer (in Italy) let her stage this photo-op in their lab and on the manufacturing floor – without following proper sanitation protocols.”

Bennett even went so far as to accuse Kylie of “gaslighting” her fans and lying to them about her involvement in the manufacturing process.

Kylie was quick to clap back, turning the tables on Bennett by accusing him of lying to his followers.

“No one is putting customers at risk!” she wrote before accusing Bennett of “spreading false information.”

“I would never bypass sanitary protocols and neither would any other celeb or beauty brand owner,” Kylie wrote on Instagram yesterday.

“This picture is not taken in a manufacturing facility … That’s completely unacceptable, I agree,” she explained.

“This is a small personal space creating my own fun samples and taking pictures for content nowhere near the mass manufacturing.”

Kylie could have side-stepped this mess by offering all of that information in her original posts, but she likely wanted her fans to believe that she’s very hands-on in the lab.

This is the second controversy for the makeup mogul in as many months.

In July, fans criticized Kylie for using her private jet too frequently, pointing out that her extremely brief flights from one part of SoCal to another result in major pollution.

On that occasion, too, many fans were unimpressed by Kylie’s response, which they saw as more of dismissal than an apology.

These days, there are rumors that Kylie is pregnant with her third child.

It may be quite some time before we know if there’s any truth to those reports.

But we’re sure Kylie would welcome the distraction from the current controversies that are currently dominating her personal news cycle!