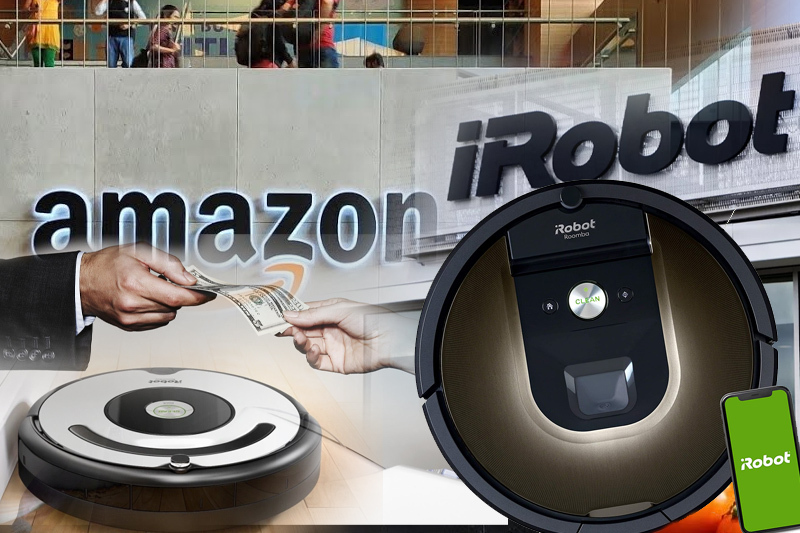 The world’s largest online retailer, Amazon.com Inc., will pay around $1.7 billion in cash to acquire iRobot Corp., the company behind the robotic vacuum cleaner Roomba, in its latest effort to increase the number of smart home products it offers.

Amazon will purchase iRobot for $61 per share, putting the company at a 22 percent premium to its most recent closing price of $49.99.

Early on Friday, iRobot’s shares increased by 19% to $59.56. When pandemic lockdowns were at their height, iRobot was valued at over twice that amount as consumers who cared about cleanliness bought expensive vacuum cleaners.

According to Ethan Glass, an antitrust specialist at the law firm Cooley LLP, Amazon already owns the virtual assistant Alexa, the home security system Ring, and a smart thermostat, giving it a variety of products in the “IoT based” category.

He claimed that the American Federal Trade Commission, which is currently looking into Amazon, would probably examine the deal.

According to him, there is a one in four possibility of a challenge and a 3 out of 4 likelihood of a thorough probe.

The political appointees have stated unequivocally that they would rather lose in court than approve a deal that is later deemed to be anti-competitive, especially given their desire to amend the law.

Antitrust enforcers now view the possibility of under-enforcement as a problem rather than just over-enforcement, according to Charlotte Slaiman of Public Knowledge.

The costs of inaction, she asserted, “are substantially higher than antitrust specialists ever believed.”

In addition to sweeping up debris, Roomba vacuums that may cost up to $1,000 gather spatial data about homes that may be useful to businesses creating smart home technology.

However, as customers began to reevaluate how they spend their money in the face of rising inflation, iRobot’s fortunes took a hit.

Due to sluggish demand from merchants in North America, Europe, the Middle East, and Africa, its second-quarter revenue dropped by 30%.

The transaction occurs at a time when analysts predict cash-strapped technology businesses would go on an M&A binge to enjoy the benefits of depressed valuations brought on by growth challenges.

Amazon presently has more than $37 billion in cash and cash equivalents.

Amazon sells a small percentage of its products as devices, but these include smart thermostats, security systems, and the recently introduced Astro robot, which looks like a dog.

Given that Amazon is bigger and has more wealth, “it appears like (CEO) Andy Jassy is likely to deploy M&A more than (predecessor) Jeff Bezos,” said D.A. Davidson analyst Thomas Forte.

Amazon would be obligated to pay iRobot a $94 million cancellation fee if the deal falls through. Colin Angle would continue to lead iRobot when the purchase was finalized.